What Markets Can Expect Next From China: David Millhouse

FORSYTH BARR, BLOOMBERG -- Trade tensions between the U.S. and China have escalated to the point where each side has slapped tariffs on imports. The logical question is: What now? Although I am hopeful a deal between the two countries will be reached by the end of May, I also expect China to announce policies that attempt to mitigate any economic downside resulting from the trade frictions.

Those policies would include measures to boost domestic consumption and investment, as well as an acceleration of broader reforms already underway. The Chinese State Council announced some initial moves last week, reducing value-added tax rates to 16 percent from 17 percent starting May 1 for the manufacturing sector, and cutting them to 10 percent from 11 percent for the transportation, construction and telecommunications services industries. Plus, the government will set up a national financing guarantee fund with an initial investment of 60 billion yuan ($9.52 billion) to support small and micro companies, startups, and agriculture businesses.

Consumption support will likely come in the form of individual tax cuts. The current threshold for personal income tax is 3,500 yuan, which could be raised as high as 5,000 yuan. Other measures that China could introduce this year to help consumption include increasing the minimum wage, allowing further income tax deductions for education and health care expenses, reducing electricity prices, cutting government fees and employee contributions to social security funds, and further lowering of corporate taxes for small- and medium-sized enterprises.

In addition to measures to stimulate consumption, I expect China’s fiscal policy to remain “proactive,” with the central and western regions targeted for major infrastructure construction. Rural China, shantytown redevelopment, and affordable and rental housing will be targeted areas of investment. There are also two significant regional investment plans in the Xiong’an New Area, and the Guangdong-Hong Kong-Macao Greater Bay Area development plan. Finally, Chinese President Xi Jinping’s signature Belt and Road initiative will be used to boost regional infrastructure and trade.

Although domestic stimulus may offer some short-term economic support, China urgently needs to make further progress on its broader reform agenda. Effective reform could sustainably boost the economy if focused on areas such as improving the health care system, technology and new industries, and developing the national pension system and addressing the rural-urban divide.

Xi will deliver the keynote speech at next week’s Boao Forum, and Foreign Minister Wang Yi has promised “a series of new important measures on reforms and opening up.” This could be the venue for China to make a firmer commitment to further open several sectors to international companies. Lowering restrictions on foreign investments in securities firms and insurance companies, as well as the manufacturing sector, could potentially be targeted. Another free-trade port with fewer trade restrictions, in Hainan Island, has also been speculated.

All these developments would likely be welcomed by the U.S. and other countries, and hopefully help facilitate talks to avert trade tensions from escalating further. 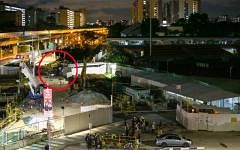 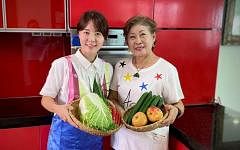 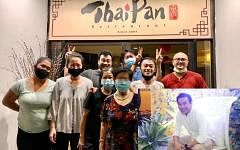