HSBC INSIGHTS--It is not always plain sailing in business, particularly when you are trading across borders. HSBC's 2017 Trade and Business Confidence Survey polled more than 2,000 corporates globally (250 in Singapore) as to what their expectations for cross-border trade and activity are over the next six months.

The survey shows that sentiment in Singapore has dropped compared with the previous year. The number one concern for many corporates is the uncertain impact of recent and upcoming political elections in the US, the UK and France, and the potential knock-on effect they will have on exchange rates and trade agreements and, more broadly, trade, through the course of 2017.

Singapore's open economy has been a hallmark of its success over the decades. Its openness, though, makes it highly susceptible to the current global economic quagmire that continues to weigh on business sentiment.

However, things might not be so bleak. There is reason to be cautiously optimistic. While consumption and the labour market are likely to remain constrained, strong fourth-quarter 2016 growth and upbeat indicators can only further buoy the Monetary Authority of Singapore (MAS) to make good on its guidance to keep policy neutral for longer.

This was further reinforced by MAS' quarterly survey among private-sector economists which was released recently. The survey found that external-facing indicators – including Asian demand for Singapore's manufacturing – was strong enough for the cohort to lift their expectations for Singapore's economic growth in 2017 to between 2 per cent and 2.9 per cent (from the earlier 1 per cent to 1.9 per cent range).

Improved conditions in the US economy will also likely have a positive effect on the broader global economy, including Singapore. The US Federal Reserve has raised its interest rates for the second time in three months. This is the first time there have been two rate hikes in a quarter for 12 years and is and is an indicator that green shoots in its economy finally emerging.

There is also the Chinese factor. China’s focus on its international growth continues to offer a bright spot for corporates in Singapore and Asean.

As trade deals begin to take a new path – away from the Trans-Pacific Partnership and towards a Regional Comprehensive Economic Partnership – there are plenty of opportunities for growth in this region.

China has already begun to fill the void left by the trade and investment slowdown of many western nations. Nowhere is this more evident than in Southeast Asia. Bilateral trade between China and Asean has increased from US$7.96 billion in 1991 to US$472 billion in 2015. Asean and China are keen to double their trade value and have set a target of US$1 trillion ($1.4 trillion) by end-2020.

Chinese investment is also beginning to spike. In 2016, Chinese companies spent over US$225 billion in acquisitions abroad – more than double that of 2015.

Singapore, Russia, Indonesia, the United Arab Emirates and Turkey collectively accounted for about 90 per cent of China’s total overseas direct investment in the Belt and Road region.

Regional infrastructure will be a boon for corporates

This is in addition to the previous year's Budget commitment of doubling infrastructure spending over the next five years to $30 billion in 2020. Infrastructure development is happening right across Southeast Asia. In fact, the Asian Development Bank recently doubled its estimates for the amount of infrastructure needed in Asia to US$1.5 trillion a year from now to 2030.

The supply chain ecosystems that will emerge from the upcoming regional infrastructure pipeline – involving engineering, construction, architecture, operations and maintenance companies – will be a boon for several sectors in Singapore, particularly the transport, industrial machinery and services sectors.

While government measures highlighted in the recent Budget and Committee on the Future Economy will inevitably ignite growth, Singaporean companies are not waiting for things to come to them. Some have reexamined how they generate revenue or manage their operational costs, while others are identifying opportunities in new markets or revolutionalising the way they design and market their products.

The nimbleness and flexibility of these organisations will help them ride out the current cyclical downturn. Shortterm gyrations and challenges to the economy are a constant. Singapore's strong links with China put it in a better position to deal with a downturn. However, it is essential that local companies keep evolving, innovating and adapting to the changing environment.

The pessimist complains about the wind. The optimist expects it to change and the realist adjusts the sails. That is exactly what we need to do here in Singapore. The ability to transform is what will keep businesses and the economy sailing with the wind. 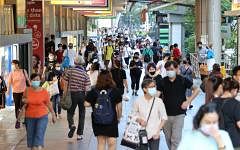 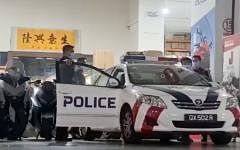 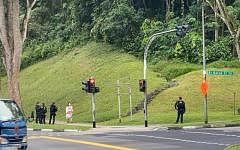 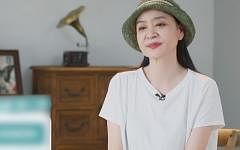