Traders Are Too Smart to Call This a Trade War

BLOOMBERG, NEW YORK -- Stock traders responded to the latest round of tariffs imposed on China by the Trump administration and China's swift retaliation by pushing up the MSCI All-Country World Index of equities for the sixth time in seven days. Complacency? More like rational.

For all the hot air out of Washington and Beijing, the budding trade war between the world's two-largest economies is still just a skirmish. Both sides are showing restraint in a tit-for-tat type dance rather than imposing something akin to shock and awe. For example, the U.S. announced late Monday that it was imposing 10 percent tariffs on an additional $200 billion of Chinese goods, far less than the 25 percent that was put on $50 billion of goods earlier. Bloomberg Economics estimates that the tariffs will lower China's gross domestic product growth rate, which is forecast to be 6.3 percent next year, by a relatively mild 0.9 percentage point. It's no wonder that the CSI 300 Index of Chinese equities surged 2 percent Tuesday. As for the U.S., traders doubt President Donald Trump would be willing to do anything that would rattle the economy and markets too much ahead of the all-important midterm elections in November. "The market was expecting a 25 percent rate but the fact that it’s 10 percent might mean it’s a little bit less of a threat than we thought,” Chris Zaccarelli, chief investment officer at Independent Advisor Alliance, told Bloomberg News.

Wells Fargo & Co. finds the tariffs are having little effect on U.S. purchasing habits. Well Fargo Investment Institute investment strategy analyst Peter Donisanu wrote Tuesday in a report that, theoretically, higher tariffs should equate to lower imports as domestic purchasers seek out cheaper alternatives at home. And yet, import activity in the U.S. expanded a healthy 9.1 percent in July from a year earlier, this most since earlier in 2018, with imports from China rising. "While tariff disputes between the U.S. and China remain salient to investors' perceptions of the threat of an escalating global trade war, data suggests that the effects of rising tariffs have yet to broadly affect U.S. economic activity," Donisanu wrote.

CONVERGING OR DIVERGING?Given the action in global markets Tuesday, could this be the end of the divergence trade that has seen riskier U.S. assets outperform the rest of the world since about mid-May? Don't ask the professionals, because they don't seem to know. The latest Bank of America Merrill Lynch monthly investor survey released Tuesday shows that allocations to U.S. has climbed 2 percentage points to a net 21 percent overweight. That's the highest percentage since January 2015 and makes the U.S. the most favored equity region globally for the second month running. At the same time, 48 percent of the 255 respondents controlling $724 billion of assets believe that the current decoupling has run its course, with U.S. economic growth poised to decelerate. In other words, investors like the U.S. more than any other region, but expect America's economy to slow — huh? Putting aside the seemingly illogical nature of the survey results, perhaps it’s best to look at the big picture, which isn't very pretty. In that regard, investors have the worst outlook on the global economy since December 2011, with 24 percent expecting global growth to decelerate in the next 12 months, up from 7 percent in August's poll.

RUSSIA REBOUNDEmerging-market currencies look like they may have finally found a bottom in recent weeks, and there's been no bigger beneficiary than the ruble. Russia's currency has strengthened 4.68 percent since falling to its lowest level since March 2016 on Sept. 10. The MSCI Emerging Markets Currency Index is up just 0.51 percent in that time. Much of the ruble's advance is likely due to gains in the price of oil, Russia's main export. But, moves by Russia's finance ministry and central bank shouldn't be discounted. First, Russia’s finance ministry has canceled regular sales of ruble bonds for three straight weeks in order to help “bring stability to the debt market.” The move jibes with the wary stance taken by Russia’s central bank late last week, when it unexpectedly chose to raise interest rates to limit potential future inflationary risks, according to Bloomberg News's Natasha Doff and Artyom Danielyan. Higher rates can support a currency by attracting international investment. But whether the rebound has legs may depend on whether consumers can shrug off the rate hike. The increase was the first since 2014, potentially marking the end of an era of easy credit that’s helped households fund their shopping habits despite a weak recovery in incomes, according to Bloomberg News's Olga Tanas.

COSTLY DEBTThe Federal Reserve is forecast to raise rates next week for the eighth time since December 2015, pushing its target for the federal funds rate to a range of 2 percent to 2.25 percent, from the current 1.75 percent to 2 percent. This has translated into higher borrowing costs for consumers looking to take on mortgages and auto loans. But the rate hikes have been especially painful for the government, which is adding debt to finance a greater budget deficit approaching $1 trillion. The Treasury Department on Tuesday sold $40 billion of four-week bills at a rate of 2.02 percent. That’s the highest at an auction of one-month securities since February 2008 and means that all of the nation’s bills have now been auctioned this year at rates above 2 percent, according to Bloomberg News's Alexandra Harris. In all, the U.S. has spent $494 billion in interest expense servicing the nation's government debt through the first 11 months of fiscal 2018 ending Sept. 30. The amount is already $35.2 billion more than the previous full-year record of $458.5 billion in fiscal 2017 based on data provided by the Treasury Department. Who says debt and deficits don't matter?

LESS-EXPENSIVE LUMBERThere was a mild surprise in the U.S. economic data Tuesday. The National Association of Home Builders/Wells Fargo Housing Market Index, which tracks confidence among American homebuilders, was unchanged at 67 in September from August. The forecast was for a decline to 66, the lowest in a year. Rather than any great referendum on demand, perhaps homebuilders are feeling better about their costs, especially for lumber. These costs soared about 95 percent between January 2017 and mid-May to a record $648.50 per 1,000 board feet amid U.S. tariffs on Canadian imports, transport bottlenecks and strong housing demand. But they have since dropped about 46 percent to $348.10 per 1,000 board feet on the Chicago Mercantile Exchange, the lowest since July 2017. “A growing economy and rising incomes combined with increasing household formations should boost demand for new single-family homes,” NAHB Chief Economist Robert Dietz said in a statement. “However, housing affordability is becoming a challenge, as builders face overly burdensome regulations and rising material costs exacerbated by an escalating trade skirmish.”

TEA LEAVESThe Bank of Japan will wrap up a two-day meeting in a few hours and in all likelihood announce that it decided to keep its benchmark interest rate at negative 0.1 percent. Even so, Governor Haruhiko Kuroda will face some hard questions at his press conference following the announcement. If anything, the conclusion of the meeting will underscore how the BOJ is falling further behind its peers, with inflation in Japan only about halfway to its 2 percent goal, according to Bloomberg News's Toru Fujioka. The end of the meeting comes just a week before the Fed is expected to raise interest rates again, and about a week after the European Central Bank said it expected to phase out its bond-buying by the end of the year. Of particular interest may be details on the BOJ’s purchases of exchange-traded funds. The central bank bought the least amount of ETFs in August since it raised its annual target to 6 trillion yen ($54 billion) in 2016, Fujioka reports. Some analysts have said the BOJ may have started a de facto tapering of its stock buying program, much as it has done with its bond buying. 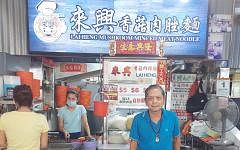 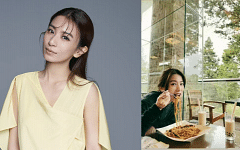 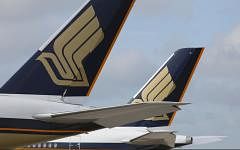