HSBC INSIGHTS -- The upcoming Asean Summit in Manila – in the bloc's 50 th year – is an opportune time to take stock of what's needed to supercharge the region's growth. And for nearly all members transport infrastructure tops the list.

Take rail for example. Asean has become China's largest supply chain source over the past decade but vast improvements in its rail transport network are needed to accommodate the expected doubling of Sino-Asean trade between now and 2025.

The solution is coming in the form of the Southeast Asian railway network - one of China's seven main transport routes under the Belt and Road Initiative (BRI).

Whilst touted for many years, China's recent financial mobilising – as a means to diversify its reliance on trade choke points like the South China Sea - means many of these projects have started to take shape in the past six months.

In August 2017, the Thai government approved US$5.5 billion for the construction of a 252 kilometre line connecting Bangkok to the North-east hub of Nakhon Ratchasima. The construction design is to be passed to the State Railway in the coming months with a target to complete the works by 2021, cutting travel time to slightly over an hour from the current 4 to 5 hours by bus.

Of Malaysia's expected USD85 billion transport infrastructure investment to 2020, up to US$75 billion is being dedicated to railway development.

Of note is the US$2 billion Double Tracking Rail project, which involves upgrading 197 kilometres of track from Gemas (near Malacca) to the southern tip of the country. With construction to begin in November 2017, the project will cut the Johor to Kuala Lumpur travel time from 6 to 3½ hours. August also saw the ground-breaking for the construction of Malaysia's US$13 billion East Coast Rail connecting ports on the east and west coasts of the Malay Peninsula.

In April 2017, China and Indonesia agreed to terms for the building of the high-speed rail link between Jakarta and Indonesia's fourth largest city, Bandung. The 142 kilometre track, estimated to cost US$5.5 billion, will cut the commute from more than three hours to 40 minutes.

And towards the end of 2017, the Singapore and Malaysian governments are expected to announce the tender arrangements for their respective legs of the US$15 billion 350 kilometre Kuala Lumpur to Singapore high-speed railway. The project is targeted to complete in 2026, and cut travel between the cities to just 90 minutes.

The joining up of the South-east Asian railway network will be a paradigm shift for the region's 600-million strong population that generates a combined US$1.2 trillion in gross domestic product.

Apart from removing bottlenecks in the flow of goods between China and South-east Asia, it has the potential to increase volume and efficiency of intra-regional trade, while also impacting the pattern of that trade.

And while rail will never replace shipping for its cost efficiency, it will mean more effectively getting goods to ports as well as the ability to compete with air routes, especially for heavy duty freight that might be too heavy for air transportation.

Most importantly, the South-east Asian railway system is inevitably going to increase the productivity of each country through the more efficient transportation of not only goods but also people.

However, development of projects of this scale is not always going to be smooth sailing. Large infrastructure projects will need appropriate planning and design to ensure the projects provide value for money for procurers, developers, owners and users but also are able to address challenges that land acquisition, environmental and social impacts will pose to their development.

Practical differences in construction and operational standards as well as legal and regulatory inconsistencies could also raise challenges to the implementation of cross border projects and will need to be identified and addressed upfront either bilaterally between governments or through regional bodies.

Without frameworks to quickly identify and address these challenges the potential delays to project implementation will be significant. The most obvious body to coordinate addressing these challenges is the ASEAN community.

At the end of the day, the construction of these projects will bring potential opportunities for corporates and investors across the globe. For example projects in Thailand and Indonesia are now attracting sub-contractors, capital equipment providers, and professional services firms from as far afield as UAE, Australia, Germany, Japan, Korea, Spain, Canada, France, and UK.

Similarly with the Singapore/KL railway, both the Singapore and Malaysian governments are seeking international investment with a global range of companies, including Chinese, Japanese, Korean, European and local firms all expected to compete to provide various aspects of the project. 9
These projects will also generate down-stream opportunities beyond the rail construction.

For example, the Seremban-Gemas double tracking project line in Malaysia, which was built in 2013, has seen new commercial and residential areas springing up, and the catalyst for newly-opened industrial areas such as Sendayan Tech Valley and Bandar Enstek.

The creation of Asean, 50 years ago, laid the groundwork for regional economic cooperation. And the activity around the South-east Asian railway network presents an excellent opportunity for its members to demonstrate their ability to coordinate and deliver complex cross-border projects.

These projects will deliver long-term benefits of closer physical ties both between Asean's 10 member countries and with neighbouring China – reinforcing the economic narrative of one of the world's most dynamic growth regions. 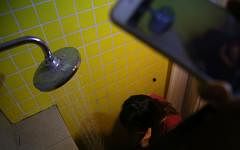 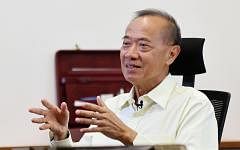