DOI TUNG, THAILAND, REUTERS -- Since leaving behind conflict and poverty in their native countries, Kam Kampun and Nittaya Soponprakobkit have not ventured beyond the forested hills in northern Thailand they now call home. Without Thai ID cards, their movement is restricted. Their handmade creations, however, are set to travel the world.

Kampun, 60, makes beautiful paper from mulberry bark and Nittaya, 32, has woven striking black, white and grey textiles which are now on sale in IKEA stores across Europe.

The pair work for the Doi Tung Development Project, one of Thailand's oldest and most established social enterprises, which employs hill tribe communities, many of whom are stateless.

From this month, their products can be bought at IKEA stores in six European countries, including Britain and Sweden, as part of a limited-edition collection called EFTERTANKE ("reflection") launched by the world's biggest home furnishings retailer.

This is the sixth and largest collection Doi Tung has produced for IKEA in a decade-long partnership. Some 200,000 products - made of textiles, pottery and paper - have been crafted by about 330 artisans, three quarters of them women.

"I cannot go anywhere (in) or outside the country, but my products can be sold in other countries," Nittaya, a native of Yunnan in China who started helping her family farm opium aged six, told the Thomson Reuters Foundation proudly.

In Thailand, a middle-income country of 66 million people, about 7 million live in poverty and one-third of 15-year-olds are illiterate, according to the World Bank. There are nearly half a million stateless people, who are not recognised as nationals of any country, government figures show.

Nittaya's family struggled to survive from opium farming, and migrated to Myanmar in search of work when she was about 11. She moved to Thailand a few years later, eking out a living as a farm labourer. She joined Doi Tung four years ago and has learned weaving, as well as how to read and write.

Kam fled hunger and fighting between Shan insurgents and the army in Myanmar some 30 years ago, walking six days and nights to reach Chiang Rai, a province in northern Thailand. She is now a 14-year veteran at Doi Tung, where her two sons also work.

"Even though IKEA is mass-market, associated with repetition, here you can actually get individually made pieces and also know where it comes from and who made it," he said.

Doi Tung was founded in 1988 by the grandmother of Thai King Maha Vajiralongkorn on the edge of the "Golden Triangle" opium-growing region that straddles the borders of Myanmar, Laos and Thailand.

Starting out as an initiative for reforestation and opium-replacement crops, it now has business units in food, horticulture, tourism and handicrafts.

"We consider ourselves a cottage industry," she said. "Without IKEA, Doi Tung would not have moved as fast," she said, adding that the artisans now turn out thousands of each product.

The IKEA-Doi Tung partnership may be unique in scale, but a growing number of Thai businesses are following in its footsteps by focusing on social and environmental benefits.

They are re-investing some of their profits into local communities, making the approach work despite a lack of clear regulation and patchy official support.

Proponents of social enterprises say they can play a key role in tackling global challenges such as poverty and climate change.

The United Nations recently announced an international coalition to promote social business in Asia, including the British Council and the Social Enterprise World Forum.

Bangkok has tried to be supportive, setting up the Thai Social Enterprise Office (TSEO) in 2010, which enacted a five-year master plan.

But momentum slowed after the military came to power in a 2014 coup, according to a 2016 report by German social responsibility foundation Bertelsmann Stiftung.

The TSEO has now been dormant for close to three years but should reopen once the Social Enterprise Promotion Act is passed, said its director Nuttaphong Jaruwannaphong.

The law, which aims to regulate and encourage social enterprises, was proposed to the cabinet two years ago, he said.

Meanwhile, the military government is setting up a social enterprise company nationwide to improve the rural economy, with provinces owning three-quarters and Thai conglomerates the rest.

Many entrepreneurs, like Ayu "Lee" Chuepa, however, are not waiting for the new law.

No bank would lend to him, so Lee - a member of Chiang Rai's Akha ethnic minority and the first person in his village to graduate from university - relied on a grant from a Swiss philanthropist.

Lee now works with 20 coffee-growing families, and is opening his third café soon. His beans were selected for the World Cup Tasters Championship, a global competition for speciality coffees, three years in a row.

Hilltribe Organics also operates in Chiang Rai, working with villagers who want to run chicken farms by providing free inputs and a guarantee to buy the eggs to sell in Bangkok supermarkets.

Chankaew's 680 chickens roam around the farm, laying up to 450 eggs daily, which she cleans and stamps so consumers can trace them back to the source.

Heavy rains in September, however, slashed production to about 300 eggs a day. Despite the stress she suffered then, Chankaew said she wants to raise more hens.

"I think I can handle up to a thousand," she said, smiling. 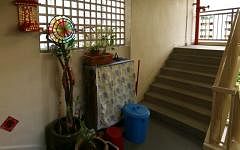 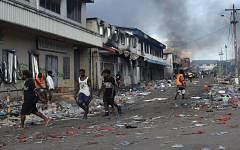 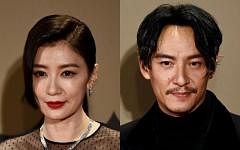 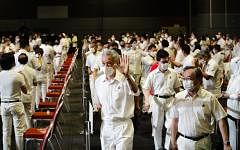