JAKARTA, REUTERS -- Indonesia is open to all foreign investment and any stigma attached to China is likely driven by a lack of information or self-serving political interests, Finance Minister Sri Mulyani Indrawati said on Friday.

Chinese investors are typically willing to take on risks for infrastructure and other big projects, but there has been friction over their perceived dominance in Indonesia and because they sometimes bring in their own workers and machines.

Asked whether there was a risk of Indonesia losing out on investment due to anti-Chinese sentiment, Indrawati said: "I think Indonesia is very open (to investment). It is not dominated by one country only."

Indrawati, a former World Bank managing director, said that China had its own strategic ambitions, such as its Belt and Road initiative and the Beijing-headquartered Asian Infrastructure Investment Bank, but its state-owned enterprises frequently joined partnerships and investment cooperation in Indonesia.

"The perception of China dominating I think was driven by both the lack of information or insufficient information but also it's because of the stigma in Indonesia's own politics," Indrawati said in an interview late on Thursday.

Political tensions soared in the world's largest Muslim-majority country from late last year after Jakarta's former governor, an ethnic Chinese Christian, was put on trial for insulting the Koran and lost elections to a Muslim rival.

Indonesia also suffers sporadic bouts of anti-Chinese sentiment directed at its minority ethnic Chinese community, who on average are far wealthier than other ethnic groups. During riots leading to the fall of President Suharto in May 1998, ethnic Chinese were targeted, making up many of around 1,000 people who were killed in the violence.

Indrawati said the government would convince investors "that Indonesia is an open, rules-based democratic system which is all open for business and investment for many".

The finance minister has overseen one of the world's most successful tax amnesties that saw nearly $360 billion of assets declared before it ended in March.

Some companies have complained that the drive has been overly aggressive at times and threatened to disrupt business, but Indrawati said the tax collection drive would be carried out carefully.

"The challenge for us is we want the target to be achieved, but at the same time we don't want this to disrupt the momentum of recovery," said Indrawati.

By the end of October, the government still needed to collect around 30 percent of its full-year tax revenue target of around $110 billion.

Indrawati has a high profile in Indonesia and uses social media extensively to communicate. She has 163,000 followers on Instagram and 238,000 on Facebook.

Since returning from Washington for a second stint as finance minister, she has been linked to other senior positions in the government.

Asked if she would be interested in jobs such as the vice presidency, Indrawati said she was not thinking about her next role but focused on her current job. "I think my philosophy is always you work and do your job one step at a time." 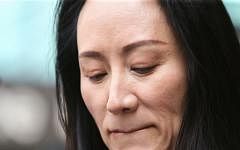 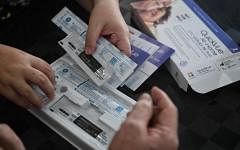 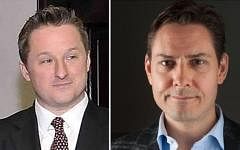