“Pakistan has suffered hugely due to great power contestation in the region,” Bajwa told the head of U.S. Central Command General Joseph Votel during a phone call, according to a statement issued on Friday from Pakistan’s military media wing. “Pakistan is fully aware of U.S. concerns on activities of Afghan nationals in Pakistan and we are already taking multiple actions,” but “Pakistan will not seek resumption of aid.”

The statement from Pakistan’s powerful military, which has ruled the country for almost half of its existence since independence in 1947, is the latest fallout from Trump’s New Year Day tweet accusing Pakistan of continuing to harbor terrorists. Trump said Pakistan had only given “lies and deceit” in return for billions of dollars of U.S. funding. Pakistan’s armed forces have long denied supporting insurgent groups and has continually pointed to the thousands of servicemen who have died fighting terrorism within its borders.

“Pakistan shall continue its sincere counter-terrorism efforts even without U.S. financial support,” the military said. “Pakistan will keep supporting all initiatives for peace in Afghanistan despite the tendency to scapegoat Pakistan.”

On Thursday, Pakistan’s Defence Minister Khurram Dastgir said that military and intelligence assistance with the U.S. had been frozen. Later that day Muhammad Faisal, a spokesman for the foreign ministry, appeared to row back those comments and told reporters in Islamabad “the two sides continue to communicate with each other on various issues of mutual interest.”

Successive U.S. administrations have wrestled with the troubled Pakistan relationship. Since the Sept. 11 attacks, Pakistan has provided NATO supply routes into landlocked Afghanistan following the invasion that toppled the Afghan Taliban. It also helped capture and kill senior al-Qaeda leaders. Yet it is also the place where Osama bin Laden hid for years before being killed in a 2011 raid by U.S. Navy Seals and Pakistan has been repeatedly accused of giving sanctuary and support to proxy groups that target its neighbors, including the Taliban-affiliated Haqqani network and anti-India insurgents.

Some analysts doubt that Trump’s move will alter Islamabad’s core strategic interests in the region, which includes keeping Indian influence in neighboring Afghanistan to a minimum. That’s especially the case given China’s financing of more than $50 billion in infrastructure projects in Pakistan as part of its Belt and Roadtrade initiative.

“Pakistan is not completely isolated,” said Najam Rafique, director of the Islamabad-based Institute of Strategic Studies. “China is a solid friend who has been contributing to Pakistan economically.”

One potentially “drastic” move to hit back at the U.S. would be if Pakistan closed overland access to Afghanistan, as it did for eight months in 2011 and 2012 after NATO forces killed Pakistani troops, Rafique said. Yet those routes are lucrative for Pakistan through transit fees and transport business, so it may be reluctant to block them while it faces economic headwinds ahead of elections scheduled for July. 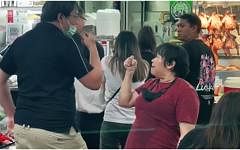 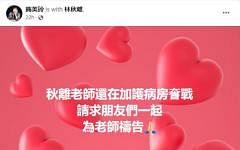 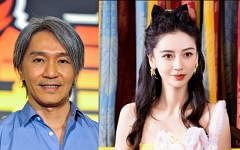 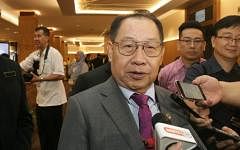