A gunman opened fire at least nine times on the 46-year-old Chinese managing director of the local unit of Shanghai-based Cosco Shipping Lines Co., which has operated in Pakistan since 1994. Chen, who was hit in the head and later died in hospital, had relinquished his usual police escort during the Feb. 5 national holiday. Without indicating the reason for the murder, police passed the case to its counter-terrorism unit.

The incident -- in one of the safest districts of the port city of 15 million people -- was a reminder of the insecurity that continues to plague Pakistan. It also highlights China’s increased concern as it finances more than $50 billion of infrastructure projects across its South Asian neighbor as part of President Xi Jinping’s flagship Belt and Road trade route. Following the attack, Beijing called on Pakistan to take more measures to ensure safety of its nationals.

“The threat perception level will go up considerably as far as the Chinese are concerned,” said Ikram Sehgal, a former military officer and chairman of Pathfinder Group, Pakistan’s largest private security company. He said “it was most certainly targeted” and will dent confidence in Chinese businessmen coming to Pakistan.

At least 20,000 Chinese nationals have flocked to tap rising opportunities across Pakistan, according to a Chinese government estimate provided to Bloomberg in August, double the number in 2015. Security forces are struggling to extend protection, particularly to those, such as Chen, who fall outside the so-called official China-Pakistan Economic Corridor announced by Xi three years ago.

Pakistan’s military has raised a 15,000 strong force to protect CPEC projects and has curtailed the movement of Chinese working at the sites.

Many countries along the Belt and Road “have great instability and political risks, Pakistan is one,” said Wang Yiwei, director of Renmin University’s Institute of International Affairs in Beijing and a former Chinese diplomat. “Chinese enterprises also need strong security companies as good as the ones in the West to protect overseas projects and personnel.”

It’s hard not to notice the influx. Pakistan’s hotels are booming with Chinese lodgers and they’ve become a feature in weekend crowds at markets and Westernized shopping malls. During a recent visit by Bloomberg to an immigration department in Islamabad, Pakistani officials rushed to stamp visas in dozens of red Chinese passports. Many arrived in Pakistan after security was bolstered following multiple army operations in recent years against domestic militant groups.

Beijing has become increasingly vocal over the risks in Pakistan. In December, its embassy in Islamabad warned of imminent terror attacks on Chinese targets. That followed the Islamic State-claimed killings of two Chinese teachers in June in the restive southwestern province of Balochistan, where China is building a port.

Pakistan faces an “unprecedented situation whereby growing foreign direct investment is accompanied by a significant increase in the physical presence of foreign nationals,” said Aleena Ali, a researcher at security consultancy Control Risks. “It will be challenging for security forces to maintain a secure environment for all Chinese nationals.”

Meanwhile extra protection is being laid on for Chinese nationals, police said in a statement after the shooting. Police deputy inspector for Karachi south, Azad Khan, didn’t respond to calls or messages seeking further comment.

Pakistan is becoming more dependent on China as relations with the U.S. have hit a low. President Donald Trump last month cut about $2 billion in military funding to Islamabad at a time when Pakistan’s foreign reserves are dwindling, accusing the nuclear-armed nation of supporting terror groups while taking billions of dollars in American aid.

The business community in Karachi is wary of spooking China, and is starting to call for more action. Last week, Business Recorder -- Pakistan’s main financial daily -- ran an editorial titled “Chinese support must not be taken for granted.” 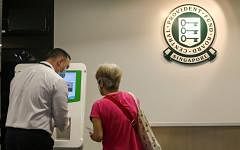 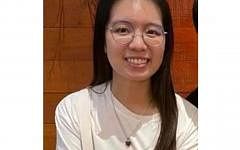