The 24 Hours That Exposed Trump's Strategy Gap With China

SINGAPORE, BLOOMERG -- It was 24 hours that illustrated why the U.S. is struggling to counter China’s rising geopolitical clout.

The episodes on either side of the Pacific highlight a growing gap in strategic planning between the world’s two largest economies. While Xi implements policies poised to reshape global rules for years to come, Trump’s top policy team remains in flux 14 months into his tenure.

While Trump’s incoming secretary of state, CIA Director Mike Pompeo, is seen as more aligned with the president’s personal views -- including pushing back against the “Chinese threat” -- the abrupt changes further the view that the U.S. is an unreliable partner. Trump already pulled out of a Pacific trade pact and threatened allies with tariffs.

“Xi Jinping has made it clear that China is ready to project influence globally and will present the Chinese model of governance for other countries to emulate, as an alternative to Western liberal democracy,” said Yanmei Xie, a China policy analyst for Gavekal Dragonomics in Beijing. “So far, it is difficult to discern a coherent strategy from the Trump team, if it can be called a team.”

A cabinet restructuring plan presented to China’s rubber-stamp legislature Tuesday calls for consolidating overseas aid programs now shared by the ministries of commerce and foreign affairs under a new body modeled on the U.S. Agency for International Development. The change will better coordinate funding for Xi’s global “Belt and Road” foreign investment plan.

Under Xi, the ruling Communist Party is casting aside its long-held strategy to “hide” its strength and “bide” its time on the global stage. Xi has empowered ambassadors in a diplomatic shake-up first reported by Bloomberg News in February, and launched plans for aircraft carriers and overseas port facilities to expand China’s military reach.

The Trump administration has cited such efforts in recent strategy documents labeling China as a “strategic competitor” and urging a more forceful and better coordinated response. But such plans have been complicated by Trump’s criticism of U.S. security pacts, threats to cut off foreign aid and trade actions that hurt traditional American allies more than China.

The Trump administration’s turnover -- with the exits of Secretary of State Rex Tillerson and White House economic adviser Gary Cohn in this month alone -- have also undercut any effort to coordinate strategic moves.

Tillerson was sacked hours after making an early return from a trip to Africa, where he was promoting U.S.-led public-private partnerships as an alternative to Chinese loans.

In the coming days, Xi is expected to install a new economic and foreign policy team that includes several officials with years of U.S. policy experience.

Chinese Foreign Ministry spokesman Lu Kang credited Tillerson with trying to improve ties and said the country would work with Pompeo to “manage our differences.” “We hope such displacement of personnel will not impact China-U.S. relations,” Lu told a briefing Wednesday in Beijing.

To be sure, China’s push for global clout faces its own challenges. China spends less on diplomacy than the U.S. and largely provides foreign aid through loans rather than subsidies. Many of the country’s Asian neighbors want a counterweight against its growing influence in the region.

“I expect U.S.-China relations to grow more competitive in the coming months,” said Ryan Hass, a fellow at the Brookings Institution who oversaw China affairs at the National Security Council under the Obama administration. “There will be fewer areas of cooperation to counterbalance areas of friction.”

Meanwhile, the two powers are heading in opposite directions. China projects diplomatic spending to hit 60 billion yuan ($9.5 billion) this year, double 2013’s outlay. The Trump administration, meanwhile, has proposed spending $37.8 billion on the State Department and the U.S. Agency for International Development next year, down from $55.6 billion enacted last year.

Hu Xingdou, an economics professor at the Beijing Institute of Technology, said Xi’s government overhaul would position the country to better compete.

“China and the U.S. may experience fierce confrontation in the economic sector. All the reforms that happening in China now are prepared for this possible confrontation,” Hu said. “It’s a game in which the winner takes it all.” 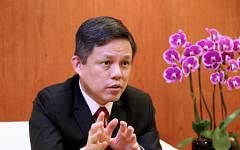 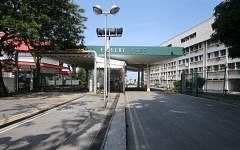 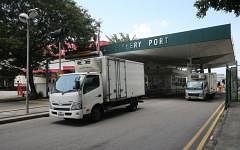