RIO DE JANEIRO, BLOOMBERG -- Building a major port in Brazil is the type of project that would hardly fall into the hands of a Chinese company. At least not until the largest Brazilian builders went down in the aftermath of a corruption investigation.

After acquiring a local builder last year, Beijing-based China Communications Construction Co broke ground in March on a port in the northeastern state of Maranhao that will ship millions of tonnes of agricultural exports per year, most of them likely soybeans that will find their way to the Chinese market. The 1.8 billion-real ($520 million) investment is being financed by Industrial & Commercial Bank of China Ltd., the world’s largest lender by assets, which set up shop in Brazil in 2013.

The project is part of a new wave of investments in Latin America’s largest economy by Chinese companies which have started to move into logistics, services, telecoms and even financial institutions. Vulnerable after a deep recession and with its construction industry in tatters, Brazil is laying out the red carpet for them. For China, it’s an opportunity not only to secure access to natural resources, but also to strengthen its foothold in a region traditionally under U.S. commercial influence.

“Brazil is trying to come out of an enormous fiscal crisis and our capacity to invest is very compromised,” said Luiz Augusto de Castro Neves, president of the Brazil-China Business Council, a non-profit organization based in Rio de Janeiro with nearly 80 Brazilian and Chinese affiliated companies. “If it were just up to us, we wouldn’t recover so soon. In that sense, Chinese investment can be fundamental to accelerate Brazil’s economic recovery.”

Chinese investment reached a seven-year high of $24.7 billion in 2017, according to the Brazilian planning ministry. Between 2012 and 2016, Chinese companies invested in Brazil more than twice as much as U.S. counterparts, in a comparison with data from the U.S. Department of Commerce. Appetite for Brazil also got a boost from President Xi Jinping’s decision to include the country in his “One Belt, One Road” plan to invest $1 trillion in global infrastructure.

For years Chinese companies have plowed capital into Brazil’s resource and energy sectors, but areas such as services and civil construction, heavily dominated by local players, were practically off limits. That changed after the nation’s top builders were implicated in the sprawling corruption investigation known as Carwash. Even leader Odebrecht SA, which on Tuesday said it would miss a debt payment coming due this week, could become a potential acquisition target for China once it is free from legal troubles, Castro Neves said.

What has also changed is China’s approach to investing abroad. Whereas in the past Beijing was largely focused on commodities needed to support the fast growth of its domestic market, now Chinese services and technology companies are increasingly seeking to expand in foreign markets. An example of that was DiDi Chuxing’s purchase of Brazilian ride-hailing service 99 Taxis to compete with San Francisco-based Uber Technologies Inc.

As the U.S. threatens China with an all-out trade war, Brazil receives Chinese investment with open arms. In a trip to the Asian country last year, President Michel Temer courted Chinese investors with a broad privatization program. The charm offensive included gifting President Xi with a Brazilian soccer jersey emblazoned with his name and autographed by Pele.

“As we see the world sort of closing itself to China, Brazil can really be one of the best countries open for business if it doesn’t embark on any of this,” said Tatiana Rosito, Beijing-based senior Asia fellow for the Brazilian Center for International Relations. “There’s so much that’s complementary, we have so much of what interests China.’’

Yet Brazil’s openness can’t be taken for granted ahead of elections. Jair Bolsonaro, one of the top-polling presidential hopefuls, has evoked national security reasons to defend that the country follows the U.S. example in curtailing Chinese investment. He specifically highlighted an acquisition by China Merchants Port Holdings Ltd. of Brazil’s third-largest container shipping terminal, warning Brazilians risk becoming “tenants” in their own country.

None of that seems to be holding back CCCC, the builder of the Maranhao port. The company is considering the purchase of an infrastructure investment fund which plans to build a 1 billion-real port in the southern state of Santa Catarina, largely for export of soy and beef, according to a memorandum signed during Temer’s China trip.

“Hopefully what comes next is people get used to the idea that China -- like Japan, Germany, England, the U.S. and a dozen other countries -- is a major source of overseas direct investment capital, and stop worrying,” said Arthur Kroeber, head of research at economic consultancy Gavekal Dragonomics in Beijing. 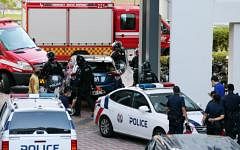 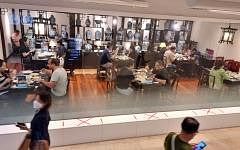 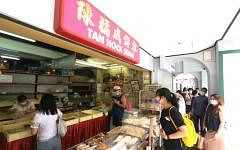 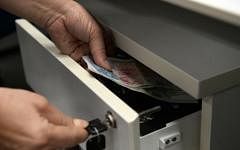