QING DAO, BLOOMBERG -- As U.S. President Donald Trump left the Group of Seven nations in turmoil this weekend, China’s Xi Jinping and Russia’s Vladimir Putin were putting on a very different show on the other side of the world.

On Sunday, Xi and Putin toasted the expansion of the Shanghai Cooperation Organization, an eight-member bloc designed to coordinate security policies across Asia. The group, which welcomed new members India and Pakistan, as well as the presidents of Iran and Mongolia, pledged to increase cooperation on energy and agriculture and create more favorable conditions on trade and investment.

The carefully choreographed affair contrasted with the discord in Canada, as Trump disavowed the G-7’s joint statement and criticized his host, Prime Minister Justin Trudeau. Even as the scope of the breakdown over U.S. tariffs became clear, Xi was taking the podium to criticize what he said were new forms of “unilateralism” and “protectionism.”

“We oppose the practice of sacrificing other countries’ security for their own absolute security,” Xi told a gathering of the SCO’s heads of state in the Chinese port of Qingdao. “We need to reject selfish, short-sighted and closed policies, uphold the rules of the World Trade Organization, support the multilateral trading system and build an open world economy.”

China’s state-run media had fun with the contrasting images of the feuding democratic states and the orderly proceedings of the China- and Russian-led bloc. The English-language Twitter of account of the Communist Party’s People’s Daily newspaper posted photos of a tense scene in La Malbaie, Quebec, and another of Xi and Putin smiling, with the caption, “G7 vs SCO: two meetings on the same day.”

The comparison only goes so far. While the 17-year-old SCO has increasingly extended into trade and economic cooperation -- the G-7’s central focus -- it was founded as a security group. The bloc, which also includes Kazakhstan, Kyrgyzstan, Tajikistan and Uzbekistan has rallied around opposition of the “three evils” of terrorism, separatism and religious extremism.

The SCO has its own tensions lurking below the surface, as China seeks to use the group as a vehicle to promote its Belt and Road Initiative, a vast infrastructure-building program that runs through Russia’s strategic backyard. The addition of South Asian rivals India and Pakistan have also raised questions about the group’s long-term cohesiveness.

Pang Zhongying, a senior fellow at Pangoal, a Beijing-based research institution, said the SCO faced the same underlying tensions as the G-7 as governments favor unilateral actions over collective ones.

“The golden era for multilateralism is over, facing crisis not only in G-7 but also in the SCO,” Pang said. “Even though China’s state-owned media touted the so-called rich fruits from the SCO, in fact only a few tangible achievements were generated from this summit.”

The group demonstrated solidarity in pledging to uphold the Iran nuclear deal, a major source of G-7 contention after Trump’s withdrawal last month. Iranian President Hassan Rouhani, whose country has observer status at the SCO, attended the summit, making his first foreign trip since the U.S.’s decision. 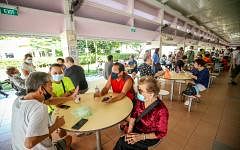 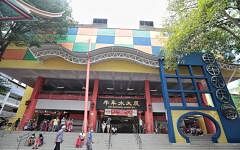