TOKYO, HONG KONG, BLOOMBERG -- China used to rail against the outsize role of the U.S. dollar. But in a major turnaround, the world’s second-biggest economy has started embracing the currency of its larger rival.

Chinese companies and banks—and even the government—sold bonds denominated in dollars at a record pace last year, and underwriters expect that growth to continue for years. The roughly half-trillion-dollar market has two key attractions for China’s borrowers. For some, it’s an easier place to raise cash than at home—where regulators are cracking down on leverage. For others, dollars are simply easier to use to fund acquisitions and investments abroad.

The upshot: There’s a large and growing supply of dollar securities that offer exposure to Chinese companies for investors wary of diving into the country’s increasingly accessible yuan-denominated domestic debt. The offshore bond market is also set to provide a stake in President Xi Jinping’s “Belt and Road” initiative (BRI)—a grand plan that envisions deepening trade and investment ties with countries across the Eurasian landmass and beyond. Bankers see the BRI as a key source of growth in Chinese dollar bonds.

“To hedge the escalating trade tensions with the U.S., China will become even more committed to the BRI, which is China’s form of globalization,” says Ken Hu, chief investment officer for Asia Pacific fixed income at Invesco Hong Kong Ltd., which has introduced a fund to invest in what’s also known as the Silk Road project. “We expect increasing new Chinese dollar-bond issuance to relate to the BRI.”

The irony of using dollars to fund a globalization project that helps counter President Trump’s “America First” doctrine is all the richer coming nine years after China blasted the global financial system’s overreliance on the greenback.

In the depths of the global financial crisis, then-People’s Bank of China Governor Zhou Xiaochuan called for the creation of a new unit of exchange “disconnected from individual nations” and designed according to rules. The heads of the U.S. Department of the Treasury and Federal Reserve swiftly rejected the March 2009 call, assuring a dead end for the proposal at the one institution capable of overseeing a global currency: the International Monetary Fund. (As the IMF’s largest contributor, the U.S. essentially holds veto power over major decisions.)

Undeterred, China’s official Xinhua News Agency in 2013 repeated the call for a global currency. It would be a step toward a “de-Americanized world” insulated from the woes of a country that was then embroiled in one of its periodic political battles over its debt limit. In the meantime, Chinese reformers saw a golden opportunity to elevate their own currency and pressed for allowing the yuan to be used more freely abroad so it could “overtake” rivals, in the words of one official in 2009.

As part of its internationalization campaign, China built a yuan-denominated bond market in Hong Kong, along with an offshore version of its currency. When a botched devaluation of the yuan in August 2015 roiled global markets, however, Chinese authorities put the brakes on the internationalization project. Increasingly strict capital controls, to shut down an exodus of domestic funds, diminished interest in the yuan offshore market.

China needs to act “cautiously” on yuan internationalization, says Hu Xingdou, an economist who serves as executive chairman of the Belt and Road Foundation, a group set up to promote the BRI. Not only does the managed exchange-rate regime help reduce the risk of capital outflows, but it also makes it tough for speculative money to surge into China. The flip side is that Chinese companies need dollar-bond sales to better tap international capital, “After all, offshore investors prefer dollar bonds” to those priced in yuan, Hu says. “We expect China’s dollar-bond finance growth to continue.”

China’s tightened capital controls helped stabilize the yuan over the past couple of years, something that’s encouraged Chinese borrowers to look increasingly at the dollar-bond market to tap both overseas and Chinese demand for dollar investments.

Although China’s world-record official foreign exchange reserves are well-known, standing at about $3 trillion, what’s less recognized is that Chinese banks are also flush with foreign exchange deposits, to the tune of about $850 billion. The reason: domestic demand for foreign currency, along with China’s persistent trade surpluses and foreign direct investment into the still rapidly growing economy. Because domestic banks have those dollar deposits, Chinese authorities have allowed them to issue dollar debt offshore. Those banks often use the proceeds to buy higher-yielding dollar debt issued by Chinese companies.

Among corporate issuers, property developers have been particularly aggressive in selling dollar debt. Although without dollar revenue of their own, builders eagerly tapped the dollar-bond market in an environment of a stable exchange rate and lower yields offshore than at home. They ramped up issuance 300 percent in 2017 from the previous year, to $42 billion, according to data compiled by Australia & New Zealand Banking Group Ltd.

With borrowing costs on the rise and a retreat in the yuan, the environment hasn’t been as friendly for issuers in recent months, and some have had to sell shorter-dated securities to meet investors’ reduced appetite for risk. In the case of China Vanke Co., one of the largest property developers, it resorted in May to a floating-rate note—a security more the province of banks than nonfinancial issuers. Authorities have been keeping an eye out for excessive risks, moving in June to consider a ban on sales of dollar bonds with maturities of less than a year—which would close a loophole that allowed companies to issue without official preapproval.

China’s moves to restrict credit growth at home, after corporate debt surged to 160 percent of gross domestic product last year, has squeezed some borrowers, triggering defaults in the dollar-bond market as well. Now that investors have the fear of God (or at least default), issuance in the market has slowed in recent months. New issues of Chinese offshore bonds continue. Junk-rated China Aoyuan Property Group Ltd., for example, sold $200 million of 7.5 percent three-year bonds in June.

China’s large savings pool and its investors’ familiarity with their country’s borrowers mean that even with higher yields and default risks, the dollar-bond market will continue to grow, says Ben Yuen, fixed-income chief investment officer in Hong Kong for BOCHK Asset Management Ltd. He sees 20 percent average annual growth over the next five years, taking the market to more than $1 trillion.

A clear sign of endorsement by the government of borrowing in dollars came in October, when China sold $2 billion of notes that bankers said were aimed at providing benchmark borrowing costs for nonsovereign Chinese borrowers. The thinking was it could help lower rates for state-owned entities and banks. An additional $3 billion sovereign offering is planned for this year.

“It’s part of the government’s push to get companies to diversify funding sources,” says Leong Wai Mei, a fixed-income portfolio manager at Eastspring Investments in Singapore. “Dollar-bond funding raised for Chinese projects overseas makes more sense than funding in onshore RMB, due to size and also because a lot of the capital-spending requirements are billed in dollars,” she says. (RMB stands for renminbi, another term for China’s currency.)

Leong says the benefits of borrowing in dollars include gaining international exposure, obtaining cheaper funding, and financing overseas operations with offshore money rather than taking yuan out. Once interest rates stabilize and macroeconomic risks come down, she says, “issuance will likely pick up again.” With Jing Zhao and Lianting Tu 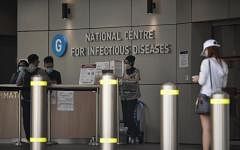 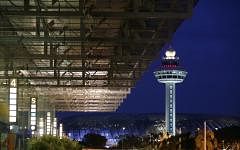 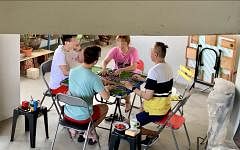