The lower 1H2018 revenue was largely due to a decrease in revenue contribution from the Group’s construction segment. In line with the lower revenue and gross profit, together with a 93.0% decrease in contribution from the share of profit of associated companies and joint ventures to S$0.2 million, the Group’s 1H2018 net profit attributable to equity holders dropped to S$3.0 million as compared to S$10.0 million in 1H2017.

The overall decrease in the Group’s revenue in 1H2018 was due mainly to its construction segment recording a 49.3% decline in revenue to S$21.8 million. This was attributable to a lower percentage of revenue recognised from a few construction projects which were reaching
completion, as well as no revenue generated from a construction project at the Pan-Island Expressway exit to Tampines Expressway.

However, revenue from the maintenance segment rose by 29.4% from S$21.1 million in 1H2017 to S$27.3 million in 1H2018. The rise in revenue contribution was due mainly to the higher percentage of revenue recognised from a few major maintenance projects which were in full swing during the financial period under review. At the same time, the Group recorded a significant increase in rental income generated from its investment properties, mainly due to maiden rental income from the newly purchased office property at 6-8 Bennett Street, East Perth, Western Australia during the second quarter ended 30 June 2018.

The Group’s gross profit decreased to S$7.5 million whilst gross profit margin declined by 7.1 percentage points to 14.8%, largely attributable to lower profit margins for some construction projects as a result of a more competitive pricing environment OKP’s net order book amounted to S$208.3 million as at 30 June 2018, with projects extending till 2021.

Group Managing Director, Mr Or Toh Wat, said, “In April this year, the Group completed the acquisition of the freehold office complex, 6-8 Bennett Street, in Perth, Australia, which contributed a rental income of S$1.1 million for the second quarter of the current financial year. This strategic acquisition is in line with our ongoing efforts to diversify our earnings and build a recurrent income stream to mitigate the cyclical construction industry.

“We expect the Australian office property to continue contributing to the Group’s income in the financial year. Meanwhile, OKP will continue to market the remaining units of the 109-unit Amber Skye in Singapore despite the latest property cooling measures. We have also entered
into a joint venture with Lian Soon Holdings Pte. Ltd. and other parties to develop the land parcel at Chong Kuo Road. The Group, together with Lian Soon, acquired the land parcel in February 2018 and plans are in place to develop a 85- unit residential development, subject to the relevant authorities’ approval.” 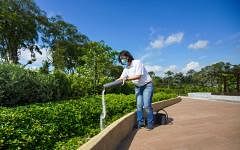 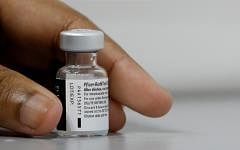 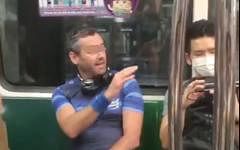 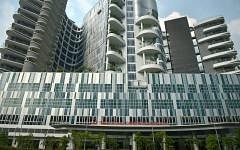