Ties have been strained since a stunning election victory returned Mahathir to power in May and he suspended unpopular Chinese projects authorised by former premier Najib Razak.

During his decade-long rule, Najib courted Chinese investment and was a cheerleader for President Xi Jinping's signature Belt and Road Initiative (BRI) in southeast Asia.

But Mahathir has vowed to discuss the "unfair" deals on his visit.

"Where we can drop the project, we will," the 93-year-old told reporters this week. "But we may have to postpone some because we have made agreements, and to breach the agreements will cost us a lot."

The centrepiece of China's infrastructure push in Malaysia is the ambitious $20-billion East Coast Rail Link (ECRL) project, work on which has been suspended pending discussions over pricing and graft accusations.

Hit by ballooning costs, lack of transparency and the risk it could saddle Malaysia with uncomfortably large debt, the 688-km (428-mile) project has come to symbolise Najib's scandal-ridden administration.

Najib, charged with money laundering and corruption over state fund 1Malaysia Development Berhad (1MDB), has denied wrongdoing and pleaded not guilty to all charges.

During his election campaign, Mahathir was critical of the benefits of the Chinese projects, which helped him win.

His government also halted work on two projects worth more than $2.3 billion awarded to the China Petroleum Pipeline Bureau that have been linked to graft at 1MDB.

"China has been very spooked by Mahathir's election," said a Malaysian official familiar with talks before the visit, speaking on condition of anonymity.

China is nervous that Malaysia wants to cancel the projects, "but we just want to reassess them," the official added.

Mahathir's trip is set to run until Tuesday, but he will first visit the eastern city of Hangzhou to meet e-commerce giant Alibaba's chief Jack Ma before flying to Beijing, the source said.

China's eagerness to save the BRI from another embarrassing setback leads some analysts to believe it might be open to striking a pragmatic compromise with Malaysia.

Other major projects that have hit hurdles include a rail link from Indonesia's capital of Jakarta to southeastern Bandung and the ports of Hambantota in Sri Lanka and Gwadar in Pakistan.

"The Chinese are open to ideas and negotiation in many BRI countries where projects run into problems," said Abdul Majid Ahmad Khan, president of Kuala Lumpur's Malaysia-China Friendship Association.

"But Malaysia has to be clear on what it wants."

Mahathir has courted Japan in recent weeks, announcing plans for a big yen-denominated loan when he visited Tokyo.

His shift away from China is also seen as an opportunity for the United States, worried at Beijing's growing regional clout and building of islands in the South China Sea.

But for Malaysia to distance itself from biggest trading partner China would further hurt its economy, sluggish under massive debt.

"The domestic politics and change in government delivered a shock to the bilateral relationship, at the very least it has increased uncertainty and risk," said Pang Zhongying, an international relations expert at the Ocean University of China, adding that the changes had inspired caution.

Residents of Malaysia's placid coastal town of Kuantan hoped the ECRL, launched a year ago, would boost economic activity through the link to the Malacca Strait, a key shipping lane.

"The east coast people want (the ECRL)," said Andy Chiew, a Kuantan-based official of the Malaysia-China Chamber of Commerce.

But for now, the project has hit the buffers. 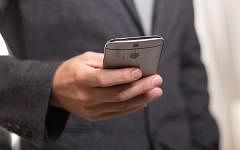 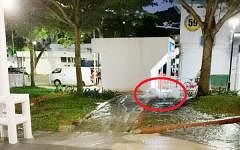 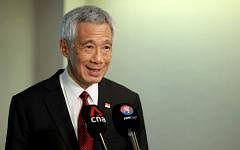