Bajwa is the most senior Pakistani figure to visit staunch ally China since the new government of Prime Minister Imran Khan took office in August, and his trip comes a week after China's top diplomat visited Islamabad.

Pakistan has deepened ties with China in recent years as relations with the United States have frayed.

Bajwa may be hoping in Beijing to smooth out any Chinese alarm at comments last week by Pakistan's commerce minister, Abdul Razak Dawood, who suggested suspending for a year projects in the China-Pakistan Economic Corridor (CPEC), the Pakistan leg of China's Belt and Road Initiative that includes recreating the old Silk Road trading route.

Bajwa, the Chief of Army Staff (COAS), regularly holds meetings with world leaders due to the Pakistan armed forces' outsize influence in the nuclear-armed nation, where the military controls security and dictates major foreign policy decisions.

"During the visit COAS will interact with various Chinese leaders including his counterpart," Major General Asif Ghafoor, the military spokesman, tweeted late on Sunday.

Beijing has pledged to invest about $60 billion in Pakistan for infrastructure for the Belt and Road project.

Dawood, in an interview with the Financial Times, also suggested the CPEC contracts had been unfairly negotiated by the previous government and were too favourable to the Chinese. Later he said the comments were taken out of context, but did not dispute their veracity.

On Thursday, Pakistan's government said it wanted CPEC to include more projects with a focus on socio-economic development, something which would align more with the populist agenda of Khan's new administration. 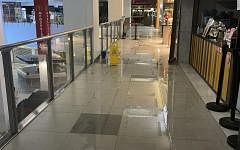