Against the backdrop of a somewhat sluggish global economy, ASEAN presents itself as an antithesis to that — a region of opportunities and an engine for growth in the decades to come.

Leverage the right expertise and support from financial institutions, investors could navigate through challenges, doing business in the region with ease, while gaining a foothold and reaping the benefits early.

Currently the 7th largest economy in the world, with the bloc’ total GDP standing at US$2500 billion (S$3404 billion) (Mckinsey Global Institute SEA 2014, 2013 World Bank), ASEAN is expected to become the 4th largest economy in the world by 2050 (McKinsey, Understanding ASEAN, 2015). At an estimated 100 million of the rural population moving into cities by 2030 fuelled by an ever expanding population, the need for infrastructure and energy is huge (ADB institute, 2016).

ASEAN's six largest members, including Singapore, Malaysia and Indonesia, are expected to be investing heavily (US$700 million) in infrastructure expenditure over the next few years, while China’s firm commitment to ASEAN’s development through the Belt-and-Road Initiative (BRI), currently stands at US$77 billion (Straits Times 2017).

During the session, Adeline Ng, Senior Sales Manager, Global Liquidity and Cash Management from HSBC Singapore shared that managing cashflow throughout the project lifecycles for contractors and tenderers is one of the key factors for a successful outcome. Tenderers need to note the three phases of a project lifecycle, and be aware of the inevitable associated risks at each phase, which could be minimised with proper planning.

At the initial phase of conceptualisation and bidding, it will be helpful to engage a bank’s financial advisors to study financing possibilities and also work on opening of funding current account as well as project current account needed to support the project’s capital injection, milestone payments and collections.

After securing a contract, tenderers would need to open a project financing account that will require performance guarantees and prepayment guarantees. Speaking with a bank early will not only help tenderers to be better prepared but also avoids potential pitfalls of costs overrun and project delay which would result in capital flow gaps.

In the final project completion phase, tenderers could once again be exposed to financing and operational risks. To counter them, one can consider the use of liquidity guarantees in exchange of reserve money and increase one’s working capital.

In a transformational transaction for a Chinese corporation to create a strong growth platform to diversify its portfolio outside of China, HSBC acted as their sole financial advisor in facilitating and orchestrating an acquisition of a Malaysian power plant.

At the onset, viable projects worldwide with great potential were shortlisted for the client to invest in with comprehensive technical surveys and risk assessments efficiently conducted within a short period of two to three months. Throughout the negotiations and execution of the acquisition, HSBC’s holistic transactional capabilities of liquidity and cash management solutions, transactional FX expertise and trade facilities provided end-to-end flow of transaction in financing the client’s bid for the project as well as on-going and future development of the acquired Malaysian assets.

The project became one of the largest merger and acquisition transactions made in ASEAN region in the last 10 years. It was also the first time a foreign firm completed a 100% acquisition for a Malaysian power plant. Prior to that, ownership laws in Malaysia’s power sector did not allow more than a 49 percent stake to foreign firms.

In another major case study in the region, HSBC was also able to successfully help a corporate win a bid for a Malaysian Infrastructure project, reportedly worth close to 9 billion Malaysian ringgit (S$2.92 billion) and was earmarked as one of the six iconic projects of China’s Belt and Road Initiative.

It was awarded by Malaysia’s Ministry of Transport late last year to the Chinese consortium formed by three Chinese infrastructure enterprises, slated for completion by 2021.

As the sole liquidity and cash management and trade banking partner and working closely with the consortium, close to 450 million ringgit were successfully issued in the first phase of the project, with a potential issuance of another 445 million ringgit in the second phase, while also supporting the forex execution of capital injections to finance the project.

The Bank’s cross-product capabilities and strong network across Asia-Pacific enabled the consortium to leverage its expertise and collaboration across liquidity and cash management, trade and forex, engendering a holistic game-plan and seamless execution of crucial moves throughout the project.

Its’ e-banking platform – HSBCnet also offered the consortium an added ease of account visibility on their payments, receivables and liquidity across various countries in a single channel.

Iris Ren, Director of Project and Export Finance, Global Banking, HSBC Beijing explained that such projects evidently provided foreign companies a breakthrough and a foothold to speedily establish their credentials and presence in ASEAN. At the same time, they also provide an effective springboard for them to launch their operations into other parts of the region.

This article is sponsored by HSBC. Looking for opportunities in the Belt and Road Initiative with HSBC? Click here to find out more. 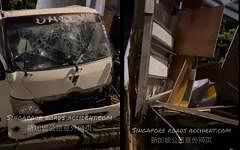 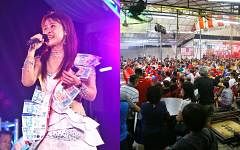 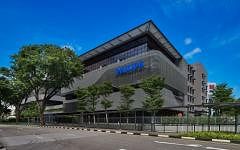