星期天（10日）傍晚，柯先生在面簿上发表文章“National Newspaper fabricates interview based on my COVID-19 experience”，指责《联合早报》刊登了虚构他得病过程的新闻。他说：This is misleading because it suggests and perpetuates the idea that people can get COVID-19 even if they stay home.

Lianhe Wanbao published an article on 7 May, titled "NTU Student perplexed at how he contracted COVID virus despite not having left the house during circuit breaker period". The content of the article was later refuted by Mr Quah Zheng Jie, the subject of the article, in his social media post.

As zaobao.sg carries the content of SPH's three Chinese news dailies, readers and the public alike assumed that the article was carried in Lianhe Zaobao, which was not the case.

Firstly, let me explain the rationale for reporting this story.

Our reporter had worked on this story since mid-April, during the circuit breaker period. At that time, there remained a number of COVID cases in the community that could not be traced. This was a concern to our readers, and therefore became a focus of our reporting. Our reporter, who is acquainted with Mr Quah, saw his Instagram post which read: "If by the end of the few stories and you still don't get it I got the covid even though I stayed home".

Our reporter contacted Mr Quah via IG and struck up a conversation. When our reporter made it clear that he was a journalist and requested  an interview with Mr Quah, Mr Quah turned down the request.

Notwithstanding the unwillingness of Mr Quah to be interviewed, our reporter used the wrong method to report on the story, by framing the article as an interview when it was actually written based on Mr Quah's IG posts and his personal understanding of Mr Quah. He did not inform his immediate supervisor that he had not obtained Mr Quah's consent for the interview.

The newsroom has in place strict protocols and procedures to ensure that our news reporting standards are upheld. In this instance, the reporter had not followed the procedures and protocols expected of all our journalists. As Mr Quah had declined to be interviewed, the reporter could still have written the article, making reference to the facts publicly available, e.g. public social media posts, but should not portray it as an interview piece.

In addition, Mr Quah's family circumstances and surname were changed in an attempt to obscure the real identity of Mr Quah.  No permission was granted to do so and the reporter also did not indicate, as our protocol requires, that an alias was used to protect the identity of the newsmaker. These actions also constituted a deviation from our protocols.

On 7 May 2020, Mr Quah took to social media accusing our reporter for behaving unethically. He followed up with an email to our newsroom on 8 May 2020. The newsroom management took his accusations seriously, and after confirming that the reporter in question did not interview Mr Quah, we replied to Mr Quah saying  that "we have taken down the report from our website and social media after an internal investigation".

We further explained to Mr Quah that the reporter had written the story based on Mr Quah's social media posts, and that the reporter "had made a mistake and a wrong judgement to mention in the article that you were interviewed despite the fact that you said you were not willing to. We apologise for the wrong attribution and the inconvenience caused".

On Sunday 10 May, Mr Quah posted an article on his facebook page: "National Newspaper fabricates interview based on my COVID-19 experience".

The article accused Lianhe Zaobao of fabricating his experience and alleged that, "This is misleading because it suggests and perpetuates the idea that people can get COVID-19 even if they stay home."

This news in fact ran on Lianhe Wanbao and not Lianhe Zaobao. In addition, the story was not fabricated. The details were based on extracts from Mr Quah's social media posts.

The reporter is relatively new to the job, having just joined the newsroom two months ago. In his second email to the newsroom on 11 May, Mr Quah urged the newsroom to consider dismissing the reporter. Although the reporter has indeed made a mistake, the reporter has been truthful in admitting his mistake and expressing his remorse for misleading readers and impacting the newspaper's reputation. We need to carefully consider if there are mitigating factors for someone who is just starting off his career.

The company has a disciplinary system in place, and if a reporter or staff is alleged to have violated any protocols or code of conduct, he or she has the right to a proper investigation  process and hearing. We have set up an independent disciplinary committee to review the case, and will decide on the penalties to be imposed. SPH, as the employer of the reporter, will take responsibility by addressing the mistake, and take measures to avoid further recurrences.

We sincerely apologise to Mr Quah, as we should not have attributed the story we ran to an interview with him when he expressly declined the interview request. This incident serves as a timely reminder to us, that we should constantly review our working procedures and reiterate to our colleagues the importance of adhering to journalistic principles and processes. 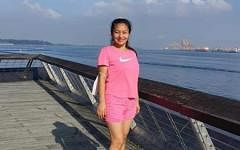 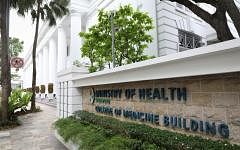 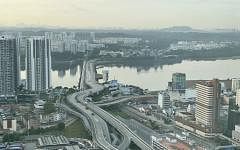 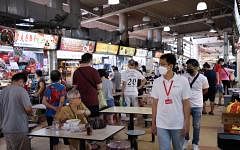